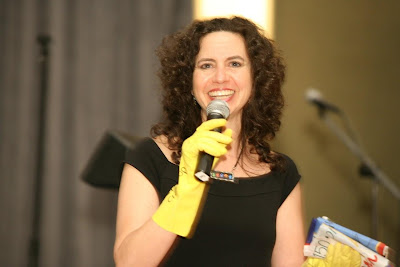 From the Autism One Dinner Last Weekend

The theme of the dinner was, "The gloves are off" to celebrate the power of the Moms (and Dads) who fight for treatment, care, programs, services for people with autism all over the world. A group of us presented items at the auction. This is me having lots of fun with the crowd. (Thank you to my Dad who was my orthodontist. I do like my teeth -although they are rather Osmond'ish.) Instead of wearing fancy debutant gloves, I wore my Playtex cleaning gloves.
Posted by Kim Rossi Stagliano at 9:38 AM 18 comments:

Visit msnbc.com for Breaking News, World News, and News about the Economy

HuffPo on Karl Taro Greenfeld's Boy Alone Boy Alone is Karl's memoir about growing up with an autistic brother, Noah. Noah's Dad, Josh Greenfeld, wrote three books about Noah in the 1970s and 80s. Please click over to HuffPo if you have time and run a comment, won't you? I need the buzzzzzzzz. :)
Posted by Kim Rossi Stagliano at 3:51 PM 1 comment:

You can listen to a one hour interview with me and Parent Warriors Harry and Gina Tembenis, of Worcester, Massachusetts. Harry and Gina were recovering their son Elias - when he suddenly passed away following a seizure. They'll talk about the Elias Tembenis Walk that raised over $40,000 with a walk from coast to coast and how they used hippotherapy with Elias. There's even a little time spent on Dr. Offit - who is NOT Curt Linderman's favorite person.... (File under understatement!)

http://www.autismone.org/radio/default.cfm?archive=6801&bg=&FromA1
Posted by Kim Rossi Stagliano at 1:08 PM No comments:

I had a wonderful time at http://www.autismone.org/ in Chicago. Mark took great care of his girls for the weekend.

On Saturday night at the dinner, young Sam Debold turned on the charm (and every tear duct in the room) with his muscial performance. Here is Dr. Andrew Wakefield's introduction of Sam. You can see Sam's complete performance, including this intro, at the link to A of A below. Sam's Mom Vicky wrote about Sam's ongoing recovery. Hope - we all deserve hope.

Ladies and Gentlemen, I have just a very, very small role tonight and that is to introduce someone that I first met some years ago in Detroit. He’s a Red Wings fan. And a when I met Sam Debold through my great friend Vicky Debold, his mother, Sam was profoundly autistic. And back then when I knew very little about this disease, I wondered quite what the prospects for Sam were. And I’ve been following his progress over the years and Sam has been doing extremely well.

And then I received the other day a YouTube video of Sam which his mother instructed me to watch of Sam playing Hotel California - he’d only just heard it, I believe, for the first time that day and it was one of the most extraordinary things I’d ever seen. And so it is a great great privilege for me and without any further adieu for me to introduce Sam Debold.

I should just say that Sam is dressed in a way that makes me look under-dressed. I forgive him for that. Sam, over to you man.

How Long Must We Sing This Song?
Vicky Debold, PhD, RN

In 1983, the band U2 released an album titled War which includes Sunday Bloody Sunday, a song widely considered to be one of the most powerful political protest songs of all times. For anyone who doesn’t know the song’s history, it captures the anguish of an observer who witnessed Northern Irish civil rights protesters being fired upon by the British army (lyrics below).

For those of us within the vaccine-injured communities who are fighting on behalf of our children for the basic human right to make voluntary, informed vaccination decisions that are based on sound science rather than ideology, it is a battle. And it is personal. Like the victims of the civil war described in Sunday Bloody Sunday, many lives have been lost, our families torn apart, and everyday there’s unbelievable news where indeed, “fact” is fiction and TV becomes reality.

For anyone fortunate enough to be able to attend this weekend’s outstanding Autism One conference and Saturday night’s dinner, they heard my 11 year-old son, Sam, sing Sunday Bloody Sunday.

Sam’s story is a common one these days. He was a healthy, happy, normally developing baby until 15 months-of-age when he experienced a significant physical and social regression after receiving seven vaccines during his well-baby visit. The following day, he was unable to stand up in his crib, seemed “dazed”, was ataxic and lost interest in walking which lasted for two months, developed chronic diarrhea and progressively lost his ability to speak and all interest in socializing with his family.

Read the rest of the post and see two more videos HERE.

Posted by Kim Rossi Stagliano at 8:25 AM 4 comments:

GONE FISHIN'!
Posted by Kim Rossi Stagliano at 6:45 AM 4 comments:

How do we reconcile this?

How do we who are Catholic reconcile this monstrous. institutionally accepted behavior by the Church? Is it forgiveable? Do we ignore it and just go about our business? I sit in Church and listen to the priests talk about the evil of gay marriage and how it will undermine the sanctity of Catholic marriage. And about abortion - over and over and over. Surely no one wants to see abortions happen. But then how do you preach against birth control?

DUBLIN – A commission report into the abuse of thousands of Irish children in Roman Catholic institutions is published Wednesday after a nine-year investigation repeatedly delayed by church lawsuits, missing documentation and alleged government obstruction.

The Commission to Inquire Into Child Abuse will release a 2,575-page report in an attempt at a comprehensive portrait of sexual, physical and emotional damage inflicted on children consigned to the country's defunct network of reformatories, workhouses, orphanages and other church-run institutions from the 1930s to 1990s.

Most of the children were ordered into church care because of school truancy, petty crimes or because they were the offspring of unwed mothers. Many faced regimes of terror involving ritual beatings and intimidation. But until the investigation came along, thousands of survivors said they had nowhere safe to tell their stories — because swathes of Irish Catholic society sought to label them liars.

Some of those victims say they feel hopeful now that vindication might be at hand.

Christine Buckley, who was one of the first to break silence in the early 1990s on the church's institutional abuse of children, said the report's verdict on church and government failings should demonstrate "whether the journey for justice, undertaken by so many and for so long, has at last been successful."

She, like many campaigners, said it was critical that the truth of their brutal childhoods be placed indisputably on the public record after decades of dispute from the religious orders — principally the Christian Brothers and Sisters of Mercy nuns — that ran Ireland's 19th century-era industrial schools and other state-funded refuges for Ireland's most vulnerable children. Most closed in the 1970s.

Typically, children at such facilities stopped receiving any formal education by age 12. But they kept generating income for the religious orders through their teens with their mandatory, unpaid labor on farms, in laundries and as domestic cleaners.

In Buckley's case, she was consigned to a Dublin orphanage in the late 1950s because she was the child of a single Irish mother and Nigerian father; children born out of wedlock typically were placed for adoption or into state care.

All the girls at her former Sisters of Mercy-run home, Goldenbridge, were expected to manufacture 60 rosary necklaces a day or suffer humiliation or beatings.

Officials of the Sisters of Mercy, Christian Brothers and more than a dozen other orders implicated in sexual, physical and emotional abuse of children all testified to the commission. None was willing to comment this week in advance of the report's unveiling.

During the commission's investigations, oral evidence was collected from more than 1,000 people chiefly in their 50s to 70s — several hundred of whom traveled back to Ireland from as far away as the United States and Australia — who described childhoods of terror and intimidation.

The Christian Brothers delayed the investigation for more than a year with a lawsuit that successfully defended their members' right to anonymity in all references in the report — even in cases where individual Christian Brothers have already been convicted of sexual and physical attacks on children.

Read the rest (if you can stand it) HERE.
Posted by Kim Rossi Stagliano at 7:19 AM 4 comments: 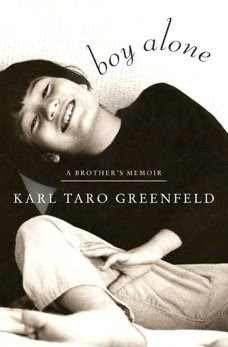 Karl's father wrote three books about Noah in the 1970s -80s. Noah is profoundly autistic. I had the pleasure of sitting at The Algonquin hotel with Karl and discussing writing, publishing, autism from the perspective of a brother versus a mother and delving into the questions of treatment, cure, life care. I am honored that Karl found my thoughts interesting enough to include me in his acknowledgement.

Read this book. It's not an "HEA" story. But guess what. Autism is not a "happily ever after" diagnosis. This book presages the world we're headed into as thousands upon thousands of darling children grow into men and women who will need someplace to live. And people to tend to their ever present needs. For those of you parents with a child with autism and NT kids, you might be shocked. I'm sure Karl will welcome your thoughts. Here's an email from him.

My new book, Boy Alone: A Brother's Memoir, about my profoundly autistic younger brother Noah, is out now, available at the usual places. If they say they don't have it, they're lying—or possibly hoarding because they know it is likely to be a collectible—so keep insisting until they either sell you a copy or forcibly remove you from the premises. And don't assume it's only available at bookstores, why not try to buy at your local Wireless Warehouse or MacDonalds or gas station with the same persistance you would show at a bookseller. Let's let all merchants know they should be carrying this fine, fine book.

I'm doing a reading and talk/back at the Tribeca Barnes & Noble on May 27th, an event at the Aspen Instittue in Washington DC on June 8th, and a tour of the westcoast the second week of June.

NPR's All Things Considered will feature the book next week.

Posted by Kim Rossi Stagliano at 10:41 AM No comments:

Have a happy American Mother's Day, everyone! It's sunny and bright here. We found a house!!! We should be signing the lease this week. And we have a guest room again, so you can come visit us! Mark's business is going well - big day on Friday at HomeGoods in Massachusetts. I think I can see the corner ahead of us - we haven't turned it - but by God I can see it!
Thanks to everyone for your support and kindness and help. It means the world to me. When any of my books gets published I fear the acknowledgement page will be longer than the actual book. Love, KIM
Posted by Kim Rossi Stagliano at 6:53 AM 10 comments:

We interrupt this pity party for a dance tune.

Dedicated to "The Green House." Grab your spandex.

I saw Stop Making Sense, the rock concert movie from Jonathan Demme at Dartmouth College in oh, 1986 or so. I've always been a big Talking Heads fan. Saw David Byrne solo once (remember that Gen? The limo?) But never got to see TH (please don't call them THE Talking Heads.) Dance. Feel Young. Laugh.

Posted by Kim Rossi Stagliano at 8:51 AM 2 comments: 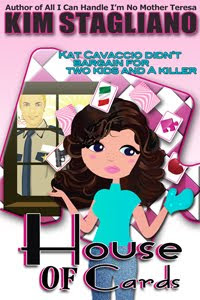 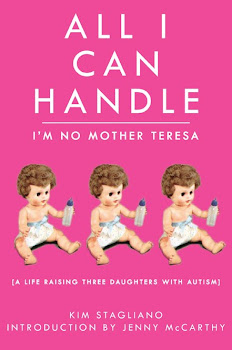 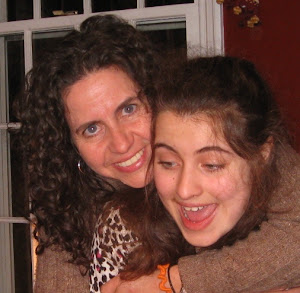 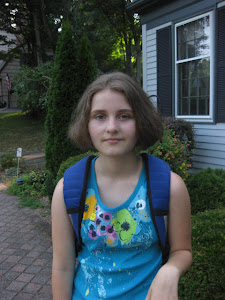 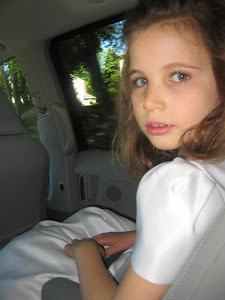 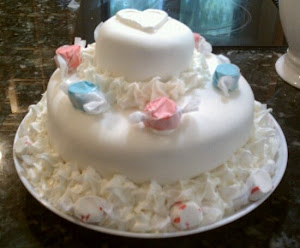 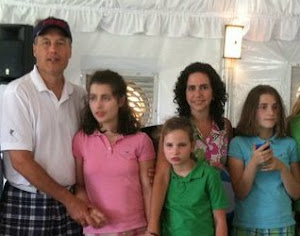